Every off-roader knows that one of the best modifications to your vehicle that you can make is suspension. Stock suspension only supports off-roading to a limited degree, some more than others of course, but let's not dive into that discussion.

I'll be honest, I have never heard of Eibach before, so I was a little skeptable of the quality of their work. Like many of the mods that I've added thus far, the Eibach kit came from a lot of online research and talking with a few people over on Instagram. While I'm not going to lie and say that price wasn't a concern, I was primarily deciding between doing a full lift kit (Like a Rough Country, etc) or just doing a small suspension lift.

After a lot of discussion with @projectCOALorado , I finally decided on going with the Eibach kit. I had decided to only change the tires up to 33's and with @projectCOALorado running those at the time, he was able to give me some awesome advice on exactly what to do. So he hooked me up with Ryan Hoegner over at Eibach. Ryan was a great guy to work with and even through in a military discount.

What an exciting day it was to finally get these in the mail. Although it would be another week before I had enough time to install them. It would be an adventure all in itself, as before this I have never done my own suspension work before.

Below: The new suspension on arrival. All nice and pretty: 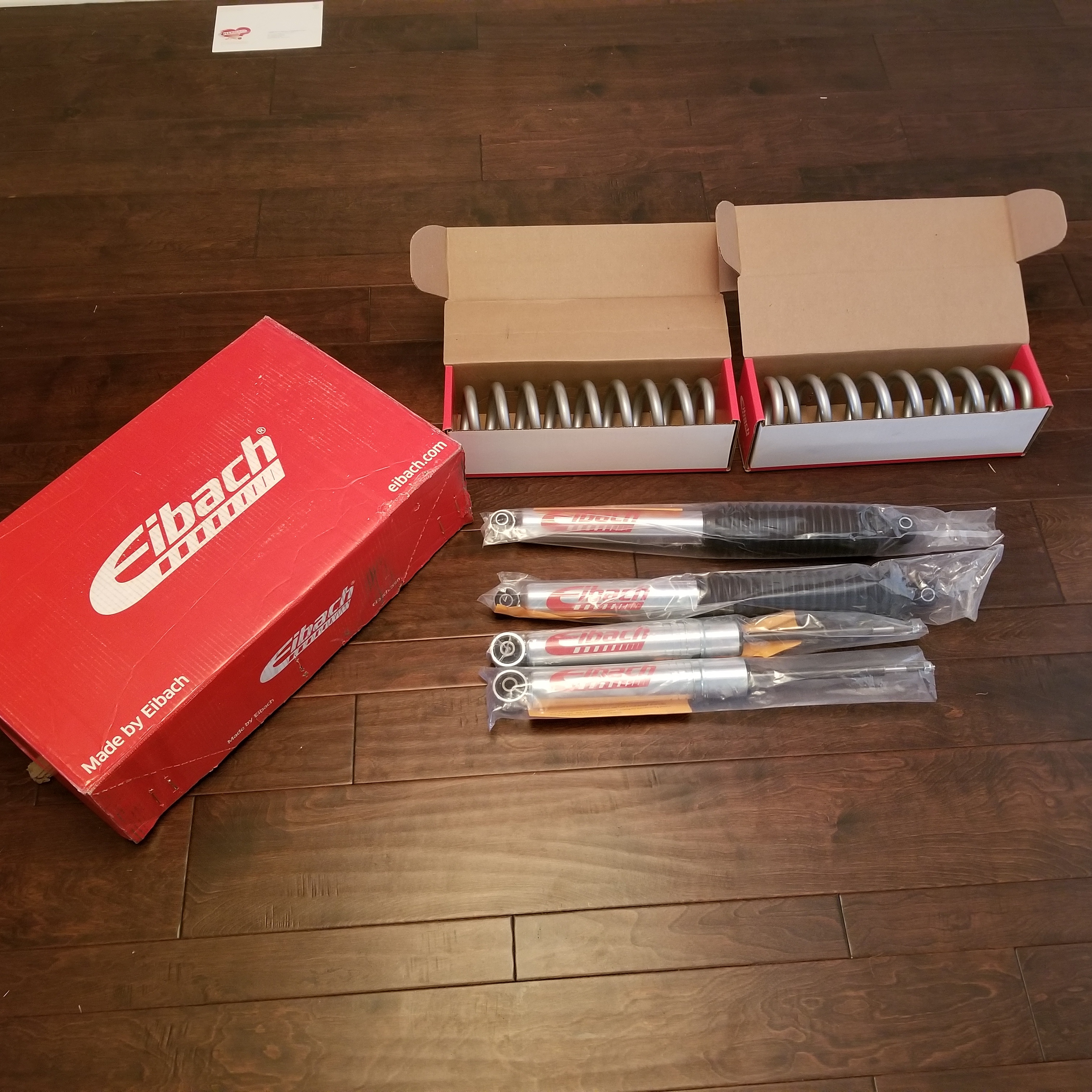 Luckily for me, 2 of the good friends showed up to help with the install. We needed the extra hands. We started tearing apart the truck one little bit at a time. Overall the install was fairly easy. I can say that now that I know what I'm doing, kinda.

The front shocks and springs are probably the most technical and time consuming. We had to remove the knuckle, the sway bar, and a few other minor things in order to be able to extract the spring/shock. There are also 3 bolts at the top of the spring housing that require you to blindly reach behind and above to undo.

I wish I had a Gopro or two to actually record our work, as there isn't a video out there of the install for us Colorado owners. However, I did find this video the most helpful. It is a install video for a Ford F-150, but it is very similar to how it is done on the Colorado's.

Below: The front right assembly. Stock. 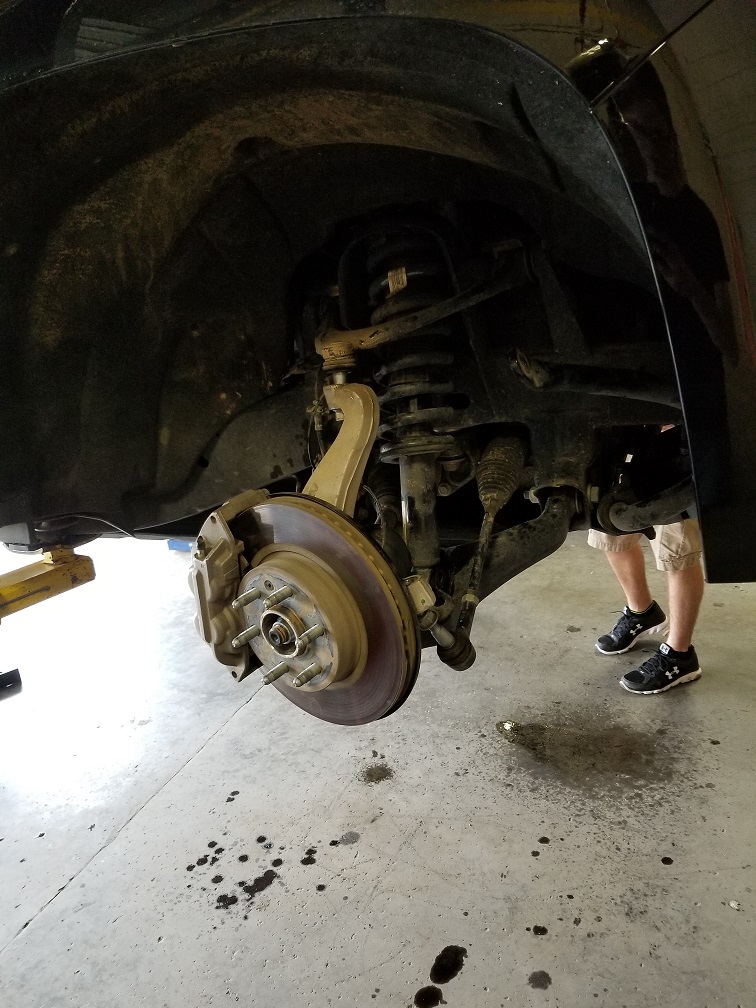 It turns out we where slightly underprepared for compressing the springs. The shop we where at had a spring compressor, the catch? A nice $30 fee per spring. So we opted for the cheaper route.... Renting a finicky little kid at Autozone for the day.

That was a total mistake. We managed to get one of the stock springs off with the rental spring compressor however, getting the slightly larger Eibach replacement spring to compress enough with the kit was not working out. The Eibach springs where a little ticker around, so we could not safely lock the cheap rental compressor down. In the interest of safety, We ended up using the Autozone kit to remove the stock springs and then paying to have the new Eibach springs compressed.

We ended up saving a lot of time just paying to have them compressed vs. the amount of time we spent fooling around with the rental kit.

Below: The front right assembly. Right before we got the shock and spring in their proper place. 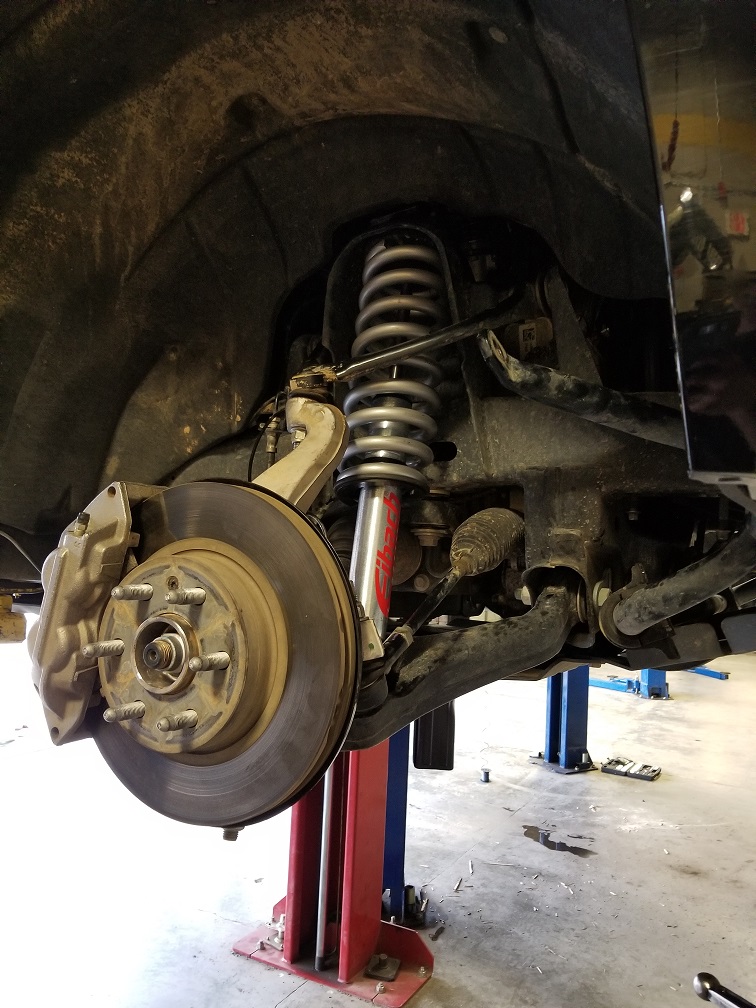 The rear shocks on the other hand, well I think a monkey could get away with installing these. It's as easy as lifting the truck, removing the old shocks, and placing the new ones in their place. I'm glad I didn't start with these or I would have underestimated the front suspension.

Below: Photo of the rear assembly. 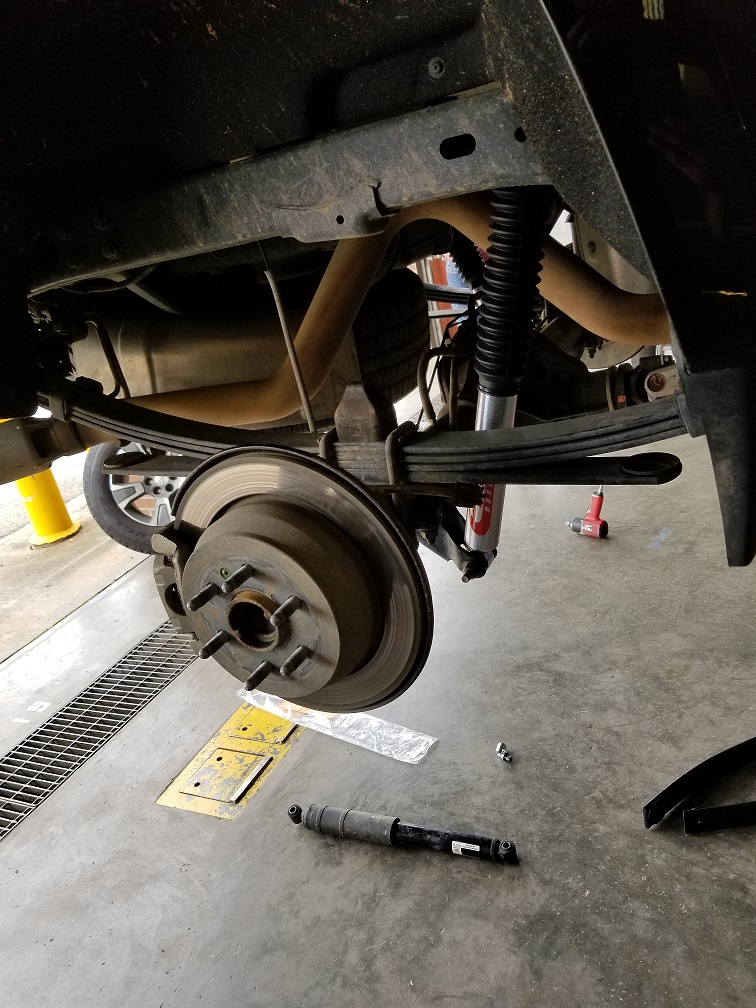 Below: Another photo of the rear. Before the add-a-leaf. 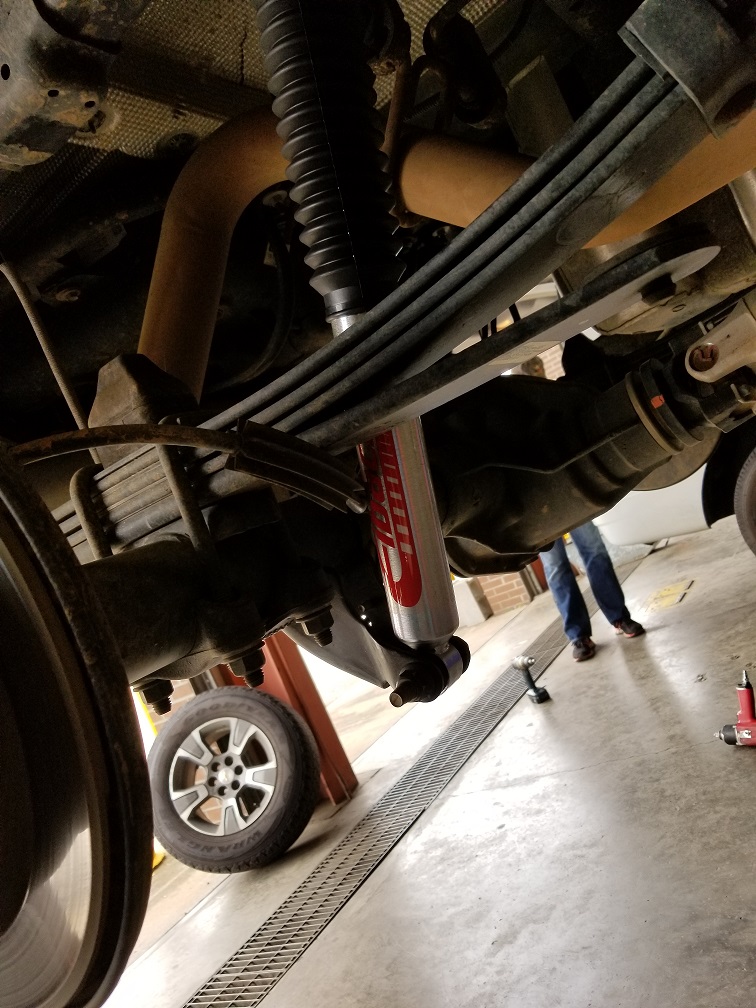 I should note that we actually ran out of time at the shop and didn't get a chance to install the add-a-leaf kit. I came back a couple days later and did that by myself. It was pretty straight forward. Lift the truck, lower the rear axle, etc. I did each side one at a time and I didn't remove the entire spring pack to add the extra leaf. I just removed the center bolt, added in the spring, compressed the springs and bolted everything back together.

After a long days hard work, we rolled the truck out of the shop and into a parking space, because pictures first you know? I rode this setup for about a week before I threw the new Falken Wildpeak tires on it. With and without the tires, it rides a little firm, I feel pretty much everything but I like that, especially on the trail. However, the ride overall is amazing. We've done a couple little rides, mainly throughout some forest service roads around Georgia. Nothing to technical but so far the suspension is rock solid.

Below: The truck after completion. Not including the new tires or add-a-leaf. 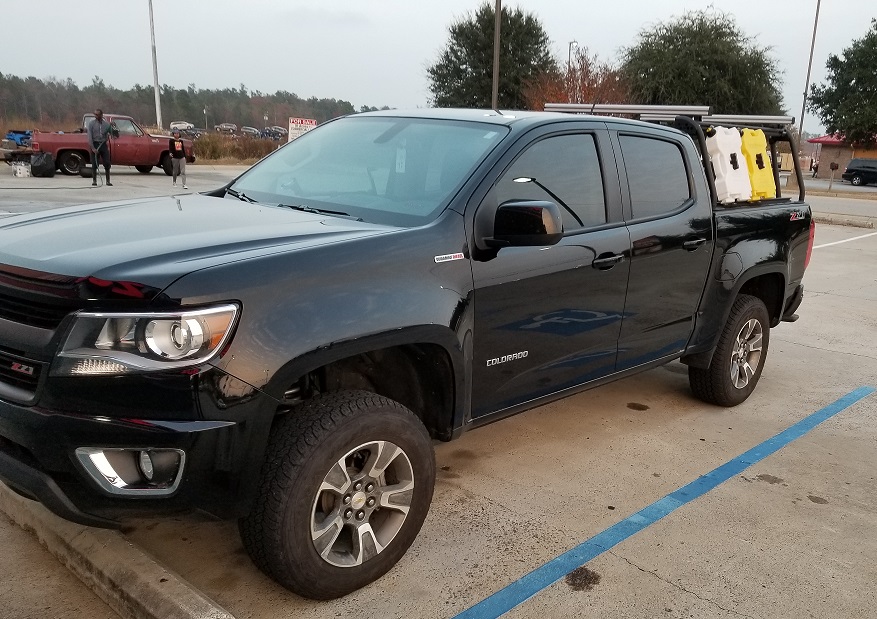