After experiencing our first small taste of what adventure feels like, one of my buddies and myself decided that our next move would be to attend the upcomming Overland Expo East in Ashville, North Carolina. We had been told that this event was rather small compared to the expo's sister show in Flagstaff, Arizona however, it was said to be just as rewarding.

We arrived at the expo relativly early in the morning around 9 am, checked in at the front visitor center and took the shuttle to the main event.

One of the first booths that we came across walking in was setup by Land Rover. The booth offered to take their "Land Rover Discovery" course which allowed one of us to test drive the new Land Rover on the custom made closed course at the expo.

One of the modded Land Rovers at the booth 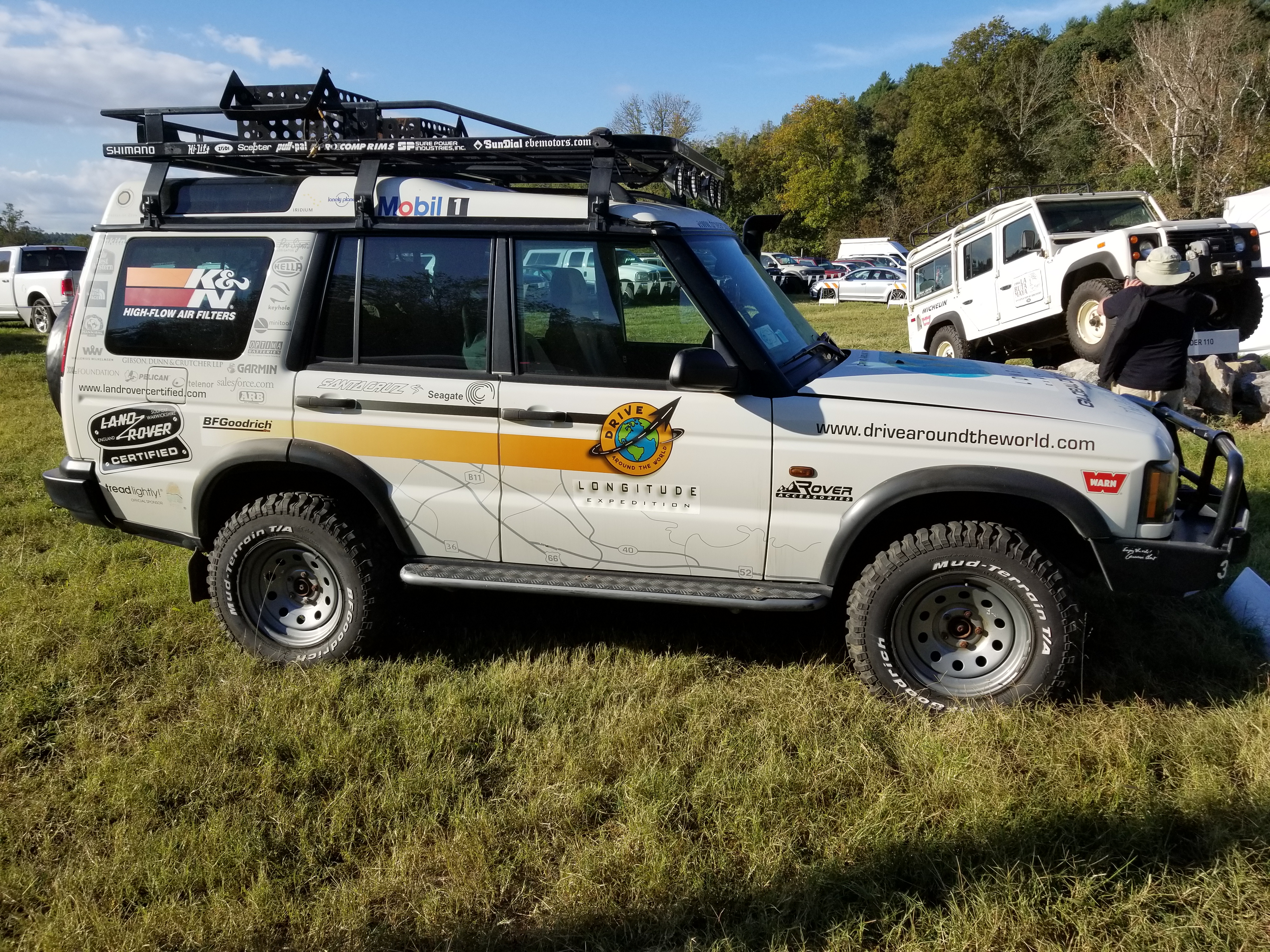 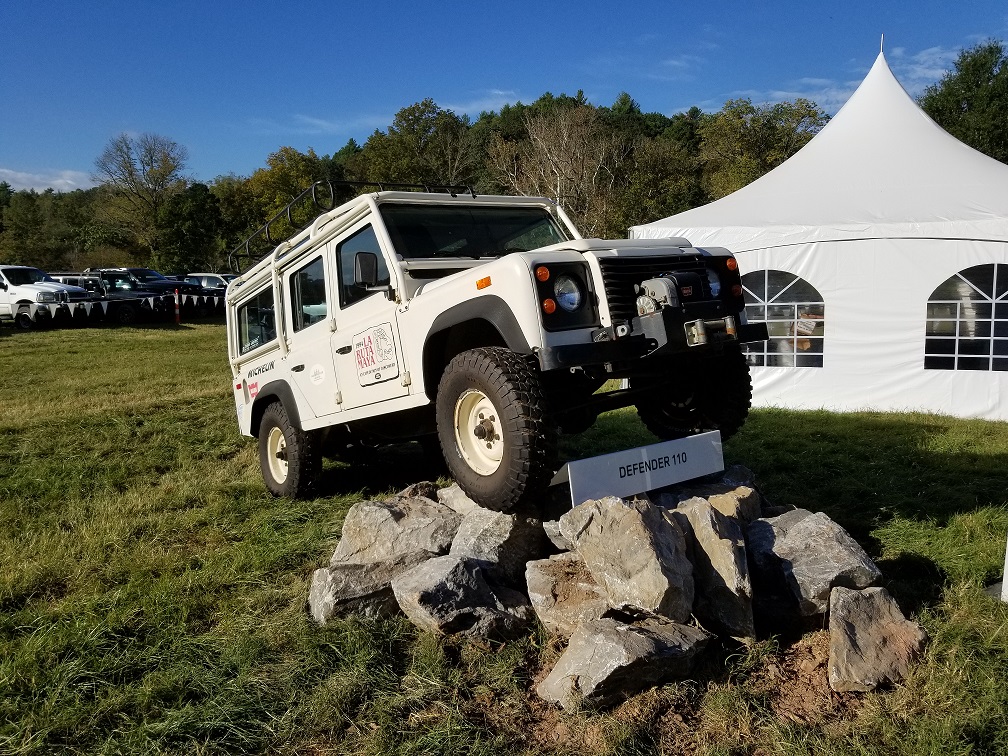 One of the booths I was the most excited to see was the booth from Patriot Campers. These are some awesome overland trailers made in Australia and are relativly new to the United States. Currently their only distributer in the U.S. is Exploration Outfitters, in Oklahoma. They have only started selling in the States since around October 2017 and they go for a pretty penny.

I found out about Patriot Campers from doing some personal research online. At the time I was looking for a trailer to haul around a Polaris Rzr (I still want one of these...). Patriot makes a toy hauler trailer called the TH610. While they didn't have any of these at the show, I wanted to check out the quality of the smaller X1 and X2 trailers. 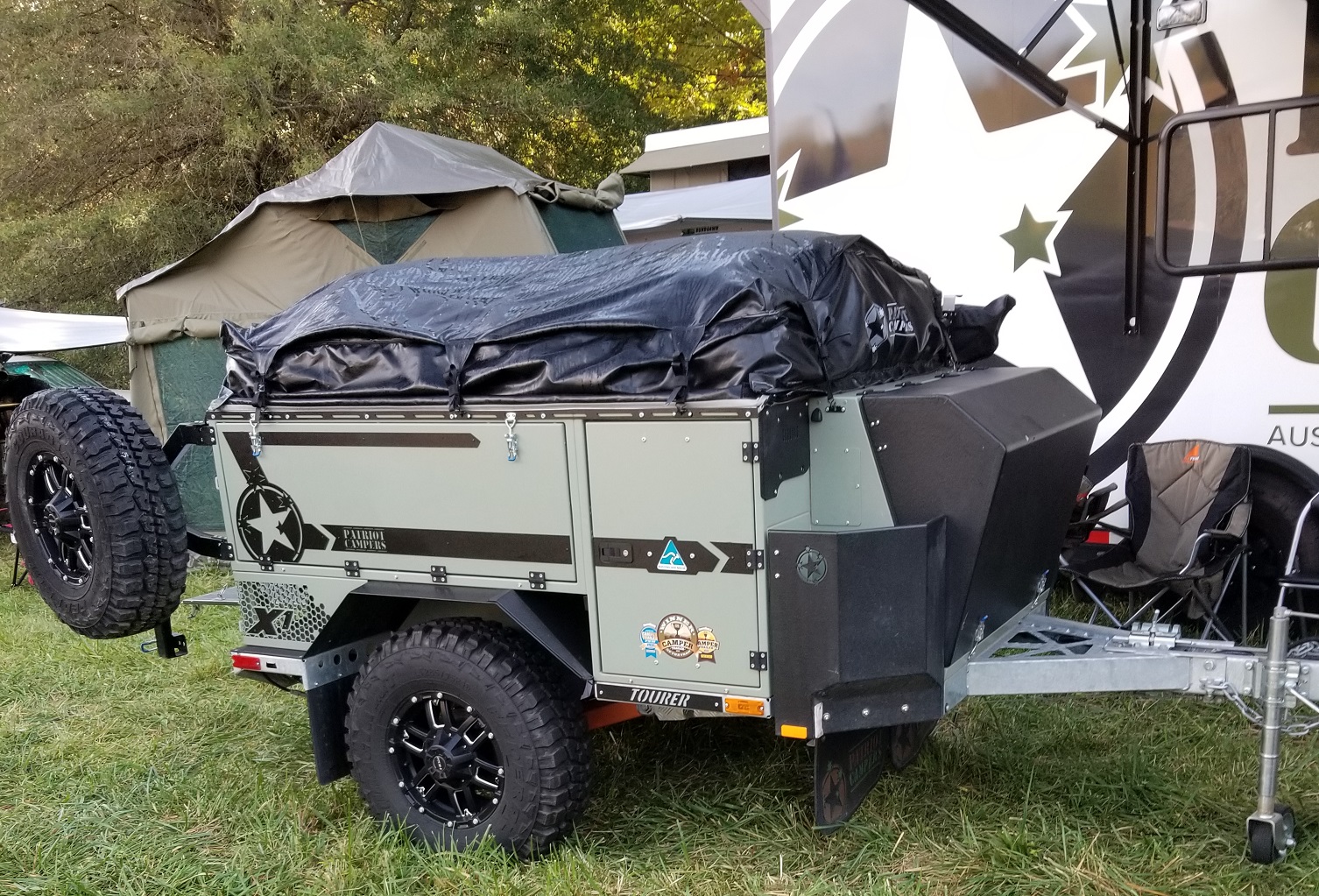 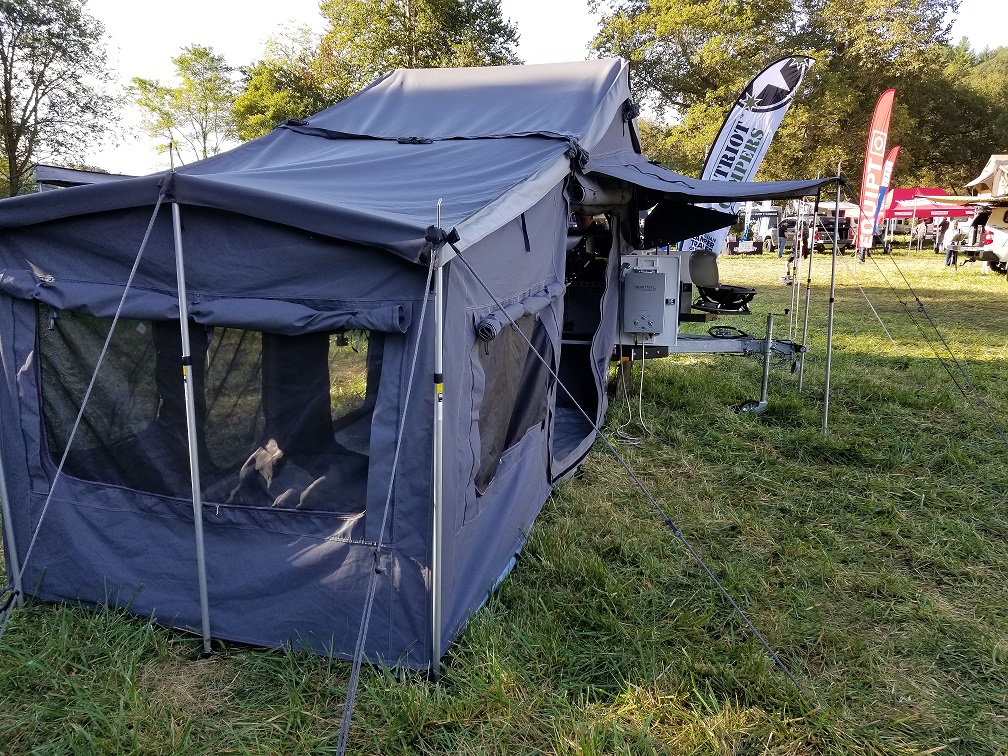 Needless to say I am impressed. These things are a workhorse. The bodies are solid and the X1 comes with independant air ride suspension that is adjustable. It's pretty cool to be able to pull into camp and automatically level the trailer with the air suspension. I could go on forever on my thoughts about this trailer, but let's keep this on topic.

Moving on, we explored a lot of the other booths and vendors around the exhibit. There where are ton of custom vehicles out here, with the owners all telling a unique story of how they got started and advice on things to do, and not to do. Below are a few photos of rigs I just took random photos of. 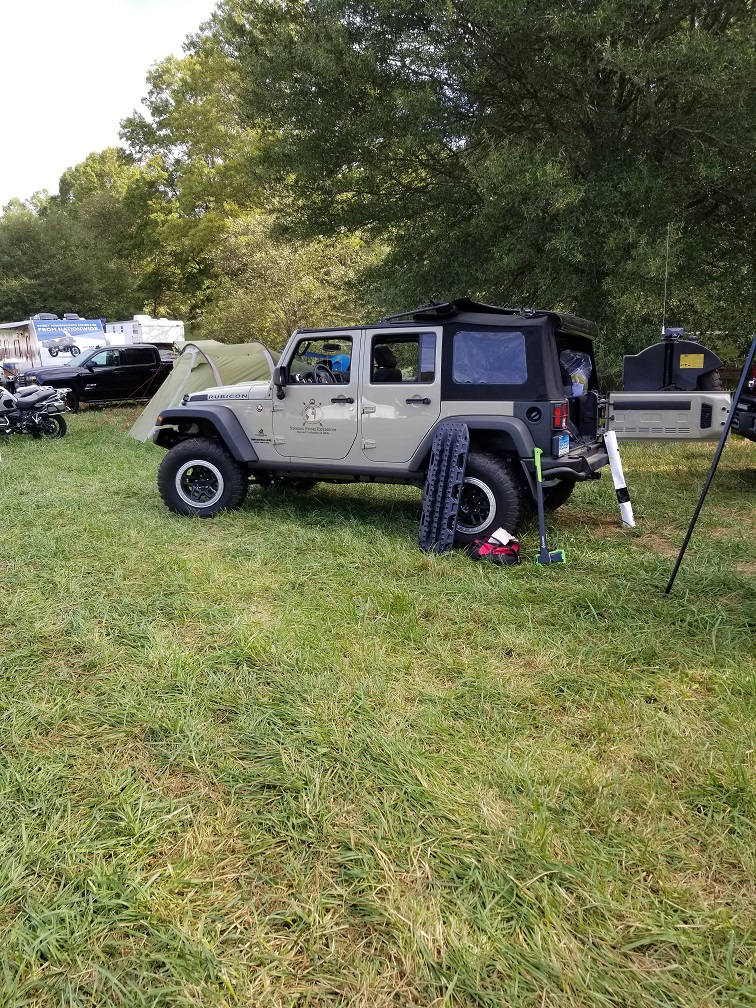 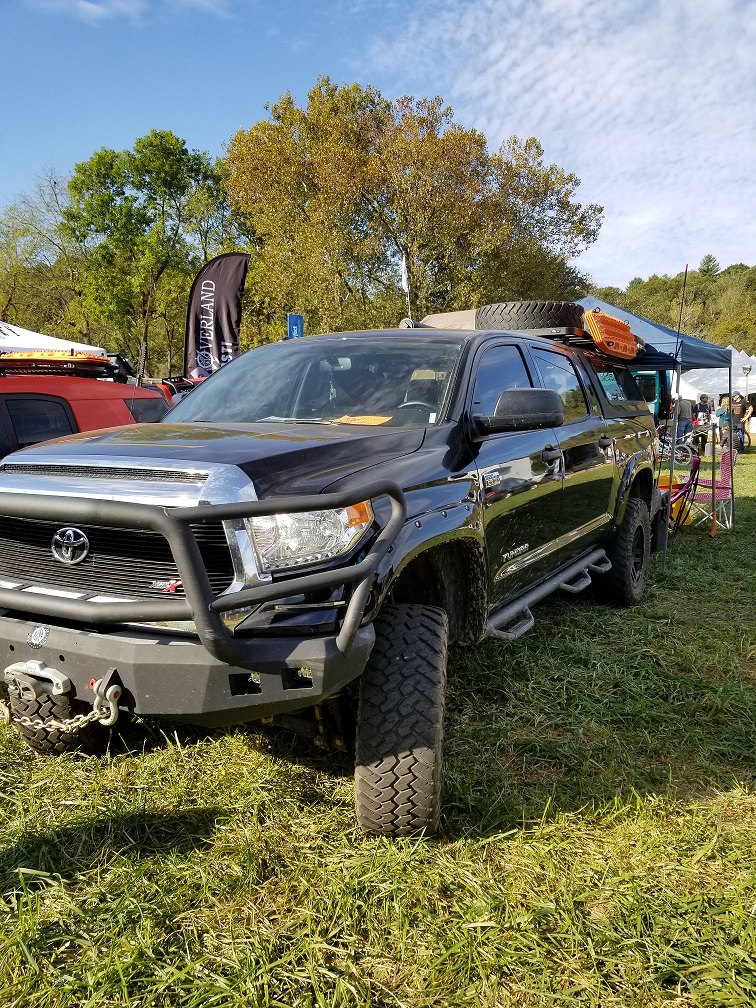 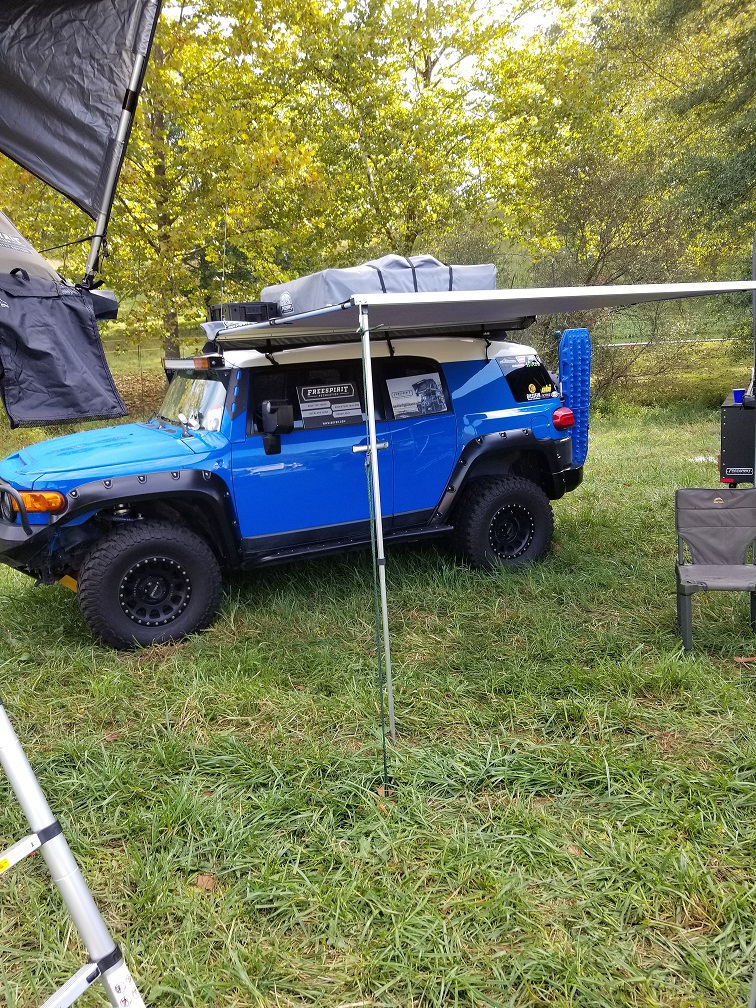 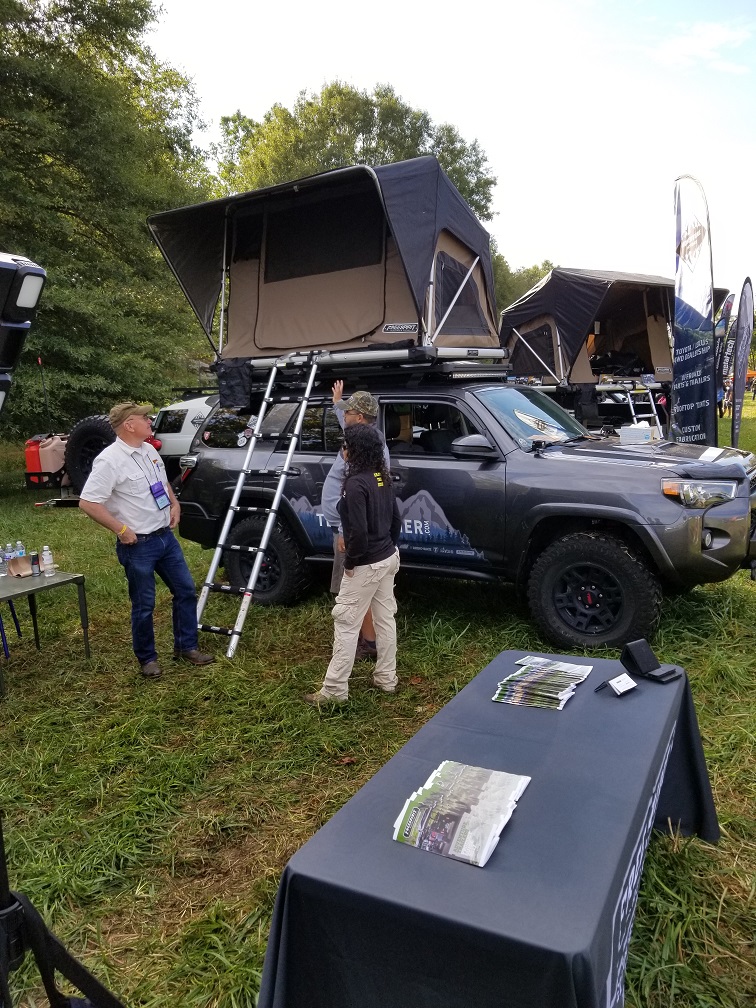 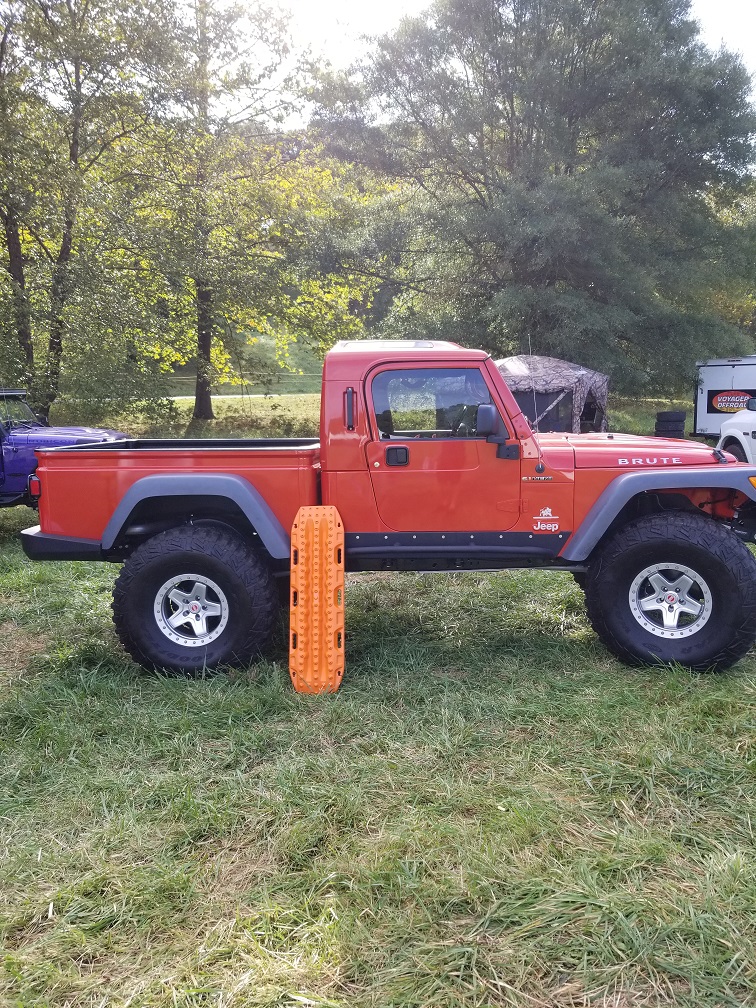 Then we stumbled into the Dometic tent. 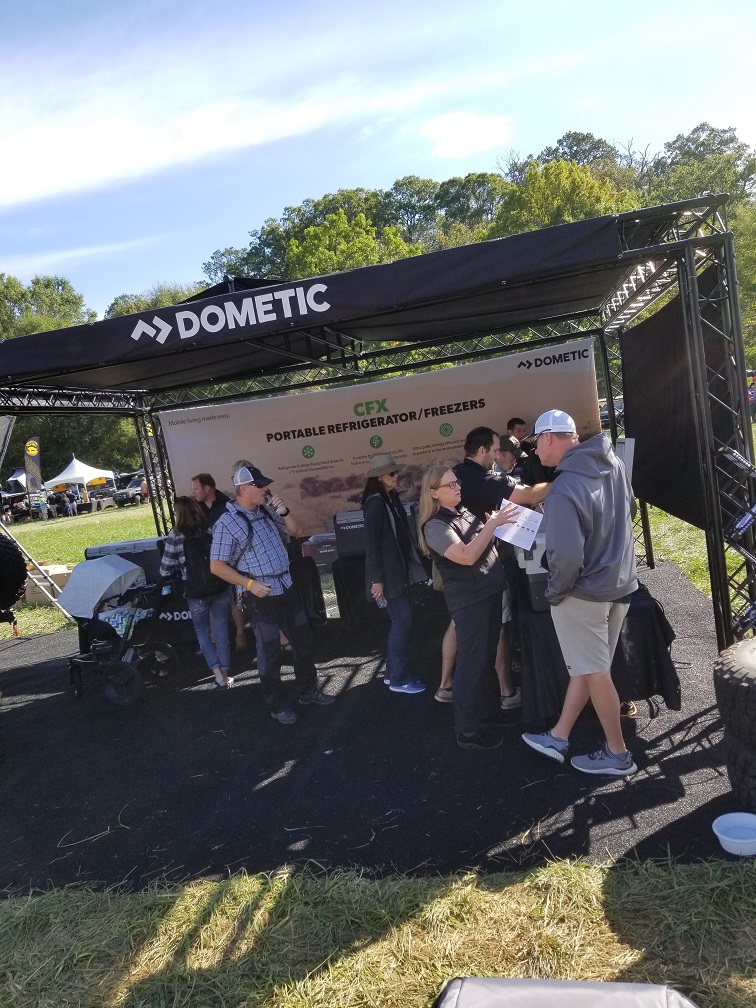 In case you didn't know, Dometic makes fridge/freezer units for vehicles and other portable purposed. They are probably one of the top 5 most popular choices for fridges within the overland community (Don't quote me on that).

Most of these units have super low amperage draws and can run for days, even on a single battery. That isn't what impressed me the most tho. It was what they had setup outside their booth. 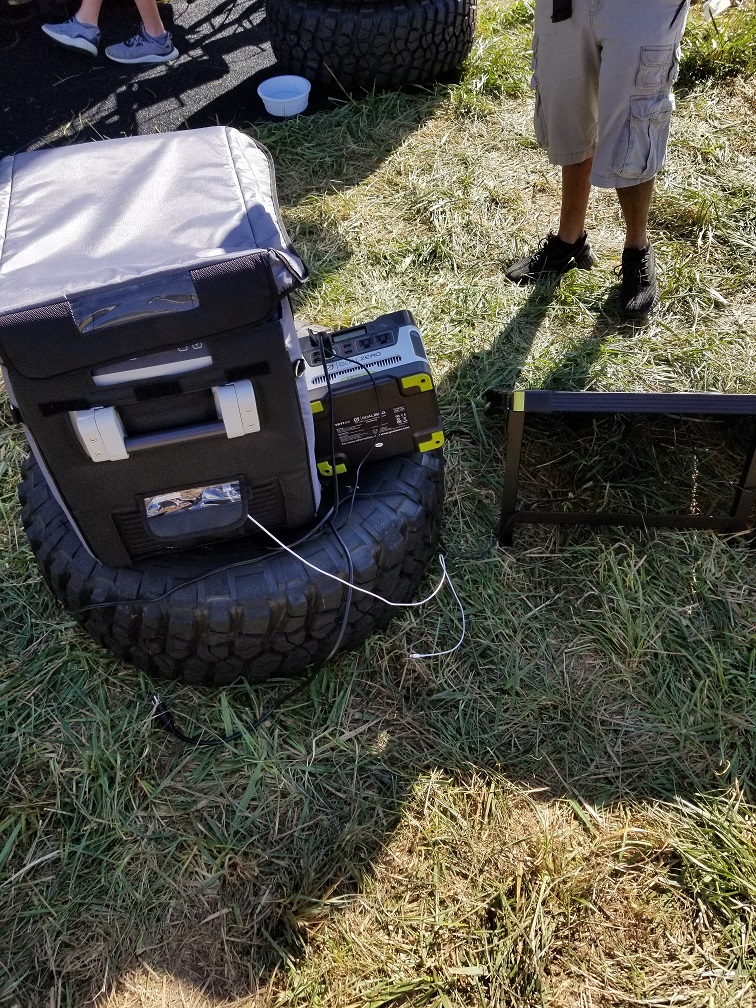 I realize that this is a seemingly horrible photo, so let me orient you. On the tire to the left is a Dometic Fridge unit. I believe this one is a ~60L unit. To the right of the fridge is a Goal Zero (The smaller cube thing). To the right of that, facing the other way, is a foldable Goal Zero solar panel. With the September sun shining, the solar panel was feeding enough power to the Goal Zero unit to charge the battery and provide adequate power to the fridge.

Needless to say, I am pretty impressed by this setup. At the time of writing this post, I've actually acquired a SnoMaster fridge, but I'm still looking at adding a solar power unit like the Goal Zero to my setup to help supplement the setup when the truck isn't running.

Overall I am really glad to have attended Overland Expo East 2017. My friend and I certainly learned a lot from talking to the various other attendee's and vendors. Something unique about this atmosphere is that you can talk to vendors and they aren't all pushy about selling your their product. They'll actually just talk about experiences and adventures they've had. This is especially true when it early in the show and they have time to do so. Later in the day not so much.

I think that I will attempt to attend Overland Expo West 2018. Numerous people that I talked to said that that show is much larger and more rewarding then the east show. Hopefully with any luck I'll be able to attend and pay the family a visit.

Until next time, strap in and enjoy the ride.
Josh